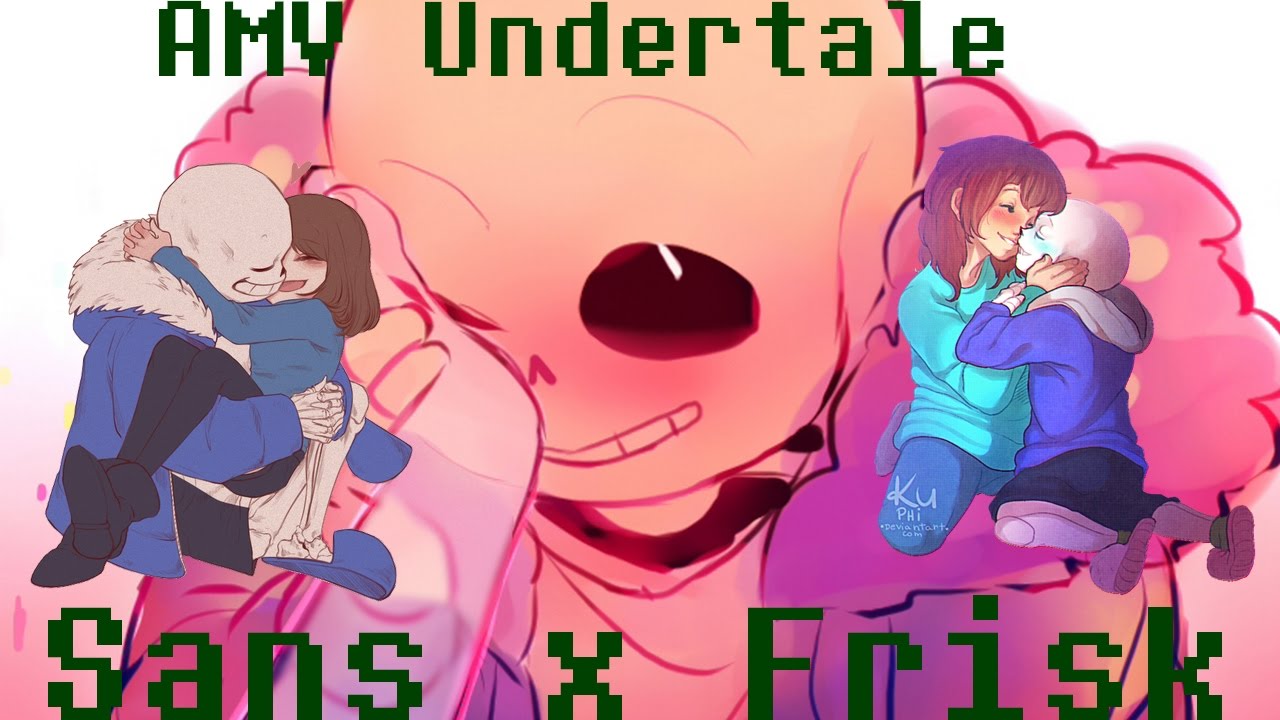 This Sans is still lazy, but still having that energetic energy that is lost in adulthood, but he still gets things done. In battle, unlike the original Sans' blue-yellow left eye, TimeKid!

Sans has a blue clock in place of his eye. In this universe, Sans can time travel using what are called 'time portals' and often uses it to his advantage, although he has said he just wants to be normal.

He's a lot more reluctant than his Undertale counterpart to fight the human on a genocide run. He often fights with Error! Sans as he causes problems for him and tries to save those caught in his strings.

Along with causing "problems" throughout the multiverse, Sans often goes to Toriel to get healed from mysterious burn marks, which are from a curse.

Papyrus is similar to the original, but very young, almost toddler age. He is the youngest of the characters. He also wears a pair of black fingerless gloves.

This Papyrus is very innocent since he's young, but that leads to a few complications since he doesn't understand lots of things very well yet, including his magic.

Instead of a blue and purple striped shirt, they wear a purple jumper and dark purple 'v' shapes on their sweater.

They also have a rainbow ribbon coming out of their pocket. Like Sans, Frisk wears a pair of goggles on their head. Frisk also appears to be a younger version of their self, as if they were born around the time of the war.

Toriel wears a big pinkish, purple bow with a cross in the center on the right side of her head and sports a short dress of the same color with, it has 6 black buttons on the front of a flap that's pale pink with her sleeves, similar to her actual ones on her robe in the game and has a pale shade of her dress.

She wears almost open-toed boots that are also pink. Her magic consists mainly of healing, being the AU's main healer. Toriel is basically best friends with everybody, except Gorgette including Sans, who she has to heal every once in a while.

She has a pair of green and white goggles and her red hair is in a loose ponytail, like her future self in classic Undertale.

She, like many of the other characters, is portrayed at a younger age. Undyne is also considered a "mild bully" who doesn't really pick on weak kids but tries to bring out the toughness in them.

Despite being tough, Undyne comes from a prestigious, rich family. Since her dad is the head of the Royal Guard, he's tough as well, but only sees Undyne as a softhearted "princess," and could never see her speaking up or doing anything tough.

Alphys wears a white lab coat like her Undertale counterpart and wears an orange frilly dress under it, she wears on Orange headband the same color as her dress which has an orange flower on the right side.

She wears large square glasses slightly resembling her Undertale counter-part. Although she's young in this AU, Alphys still loves to invent and fix things, like most of the other Alphyses.

He also emphasizes Frisk's importance in the fate of the world. The battle against Asgore, in which Frisk is initially unable to offer him mercy.

Frisk enters the Throne Room and finds Asgore, who tries to make small talk, only to realize their fated confrontation. The two walk to the Barrier and Asgore gives Frisk one last opportunity to leave before fighting.

Just before the fight, Asgore shows the six collected human SOULs , preparing the containment process after the battle.

Right before the fight starts, Asgore destroys the MERCY button with his trident, making it impossible to spare or flee. However, at the fight's conclusion, Frisk can explicitly choose whether to spare or kill Asgore.

The game then abruptly closes. Loading Flowey's game, Frisk confronts a powered up Flowey and defiantly steps forward, entering an initially hopeless battle with him.

After Frisk calls for help several times, the stolen SOULs begin to revolt: first, they heal Frisk, and then they weaken Flowey, leaving him vulnerable to destruction.

At this point, there is an option to kill or spare a weakened Flowey before leaving the Underground, return to the surface, and end their journey.

This varies based on what monsters were killed and what friendships were completed. While Frisk befriends many of the monsters in the Underground, only the Undyne, Papyrus, and Alphys friendships are required to achieve the True Pacifist Ending.

Napstablook can be befriended by smiling at them in the Ruins and hanging out with them at their house.

If Frisk chooses to give Undyne some water after being pursued, Undyne can be befriended. Otherwise, a reset is needed to achieve Undyne's trust and friendship.

Frisk visits Undyne with Papyrus's help, and Undyne gets "revenge" by trying to befriend Frisk and become "besties", setting her house on fire in the process.

She tries to fight Frisk to regain honor but realizes that Frisk is a "wimpy loser with a big heart" just like Asgore and decides to be friends.

Mettaton can be befriended by sparing him, which can be done by getting his ratings to if his arms and legs have fallen off in his battle at the end of the CORE.

Undyne, having been encouraged to send a love letter to Alphys, gives the letter to Frisk, who delivers it to Alphys.

This results in a date sequence with Alphys in which she and Undyne realize their feelings for each other and Alphys begins to come to terms with her past mistakes.

After befriending Alphys, Papyrus recommends traveling to Alphys's lab. In the lab, there is a letter on the floor that, when picked up, reads a monologue and the instructions needed to proceed to learn "the truth.

Frisk proceeds to explore the True Lab and along the way learns of Alphys's failed experiments amalgamates with determination and also about the origin of Flowey.

After exploring the True Lab and talking to Alphys, she gains the confidence to reveal the truth about her experiments to the rest of the Underground.

While attempting to leave, Frisk receives a phone call in the elevator from an unknown voice. The elevator immediately and forcibly brings Frisk to New Home.

After returning to the throne room and confronting Asgore again, the pre-fight dialogue is interrupted by Toriel, who stops Asgore from fighting Frisk.

Toriel is immediately followed by the other main characters who encourage everyone to get along. However, in a surprise twist, Papyrus reveals that it was "a tiny flower" who told him to bring everyone there.

Immediately after this reveal, Flowey appears, having again stolen the SOULs of the six other humans. Directly after this, all of the Underground's monsters arrive to encourage Frisk in the fight against Flowey.

However, Flowey reveals that this is what he wanted all along so that he could absorb the souls of all the monsters in the Underground along with the six human SOULs.

Due to the immense power gained from the six human SOULs and all of the monster SOULs, Flowey can transform into his true form, and just before the fight begins it is revealed that he is actually Asriel Dreemurr.

During this fight, Frisk is invincible, and any hit that would normally result in death instead causes the heart to split, but reform back together.

The first time this happens, it is accompanied by the text "but it refused. This is accomplished by completing a short sequence of ACT options to restore the memory of each lost soul after selecting the said lost soul of a chosen character.

After saving each monster, Frisk realizes that there is still one more person to save. After choosing to save "someone else," Asriel's memories of the first human who strongly resembled Frisk begin to play in a slideshow style.

It is then revealed this "someone else" is Asriel himself. After this, Asriel starts to feel the love the monsters feel for Frisk through the souls he has absorbed, and slowly loses the will to fight as he is overcome with his fear of dying alone.

After reverting to his child form, Asriel learns Frisk's name. He apologizes for hurting everybody, and Frisk can choose to forgive or not forgive Asriel.

Regardless of the choice made, Asriel destroys the barrier using the power of all of the SOULs before releasing them. Knowing that he will turn back to a flower without the power of the SOULs to sustain him, Asriel says one last goodbye to Frisk before leaving.

At this point, there is a choice to hug Asriel or do nothing. While the monsters remember little about Flowey and nothing about his incarnation as Asriel, they do know Frisk's name.

At this point, Frisk can backtrack through the Underground and talk to the other monsters, before returning to the surface.

Backtracking to the very first room in Undertale reveals that Asriel is tending to the flowers.